Omega-3’s are fatty acids, important elements in the living cells of plants and animals. There are 3 types of omega-3 fatty acids which our bodies require to be healthy but which we are either unable to make or make too slowly to reach the required levels and so we need to ensure that they are included in our diet.

One type is found in oils within land plant and the other two in plant oils in the marine environment, which are then consumed by certain fish commonly referred to as oily fish ; mackerel, herring, sardines (aka pilchards), sprats, tuna, salmon, trout, and eel.  These fish are the athletes of the sea and so require more energy than other types of less active fish, storing this potential energy source as oil along the back and shoulders, but mainly in the red-brown flesh directly beneath the skin on both flanks.  The so-called non-oily  fish, such as cod and haddock, do have some oil, but it is stored mainly in the liver, which is rarely eaten as it is usually unpalatable.  There is also a group of fish referred to as semi-oily ; bass, bream and snapper.

The Omega-3 fatty acids, particularly those from marine sources, are believed to lower blood pressure and cholesterol levels and to reduce the risk of heart disease, type-2 diabetes and to impart mental and psychological benefits. All good reasons for The World Health Organisation to recommend that we consume 1-2 portions of oily fish per week to ensure that our body’s requirements are met. Another good reason is because oily fish are delicious, and although the various types of oily fish have quite distinct flavours and cooking methods are more or less consistent. 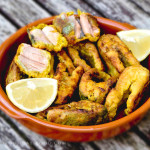 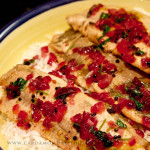 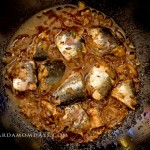 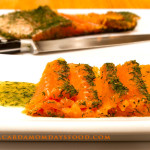 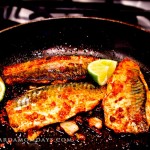 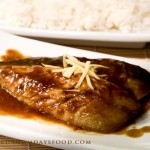 CLICK THE IMAGE TO VISIT THE GO SPICE SHOP

CLICK THE IMAGE TO BUY GO SPICE BLENDS AND SPICES